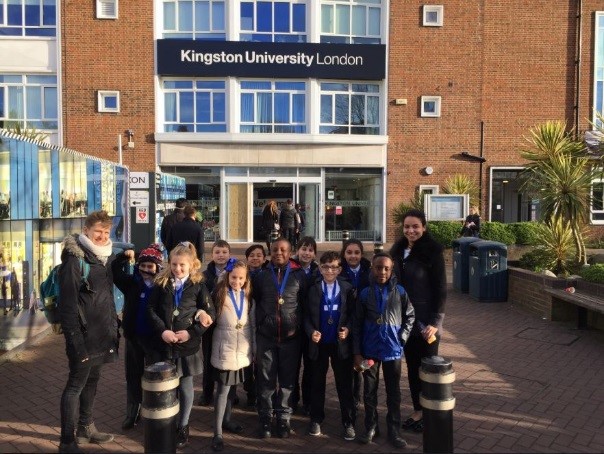 The Mohn Westlake Foundation is supporting The Reach Foundation to develop the Reach Children’s Hub, an innovative new charitable initiative providing a wide range of activities to support children, young people and families in Feltham.

The Feltham Futures Project was launched in January 2018 to support young people in Feltham to career and education pathways that will enable them to live lives of choice and opportunity. Over 1,000 young people from four schools in Feltham have taken part in at least one intervention since then, with many engaging in multiple interventions. These include 1:1 sessions regarding their future options; group assemblies delivered on University, apprenticeships and other post-school pathways; GCSE option choices support; widening participation trips; and the Reach Community Careers Fair.

The Feltham Futures project has supported the university access of students at Reach Academy.

Feltham Futures has fostered collaboration with other schools locally, delivering assemblies with 90 students at the Rivers Academy on progression to Higher Education. Over 100 students at Springwest School attended an assembly on apprenticeship pathways after school, while 20 Year 13 students at the Logic Studio school received 1:1 support with personal statement drafting. In July 2018 Feltham Futures was successful in winning the Aimhigher Practitioners' Award for Outstanding Contribution and Collaboration as part of its work with the National Collaborative Outreach Programme.

In partnership with Career Ready, Feltham Futures has offered targeted support for 23 Year 12 students identified as those likely to be `middle attainers' who may seek employment at the end of sixth form, rather than university study. 56 students across Reach Academy and Logic School will have undertaken paid work placements for four to six periods at organisations such as BP and Quantum Black by August 2019.